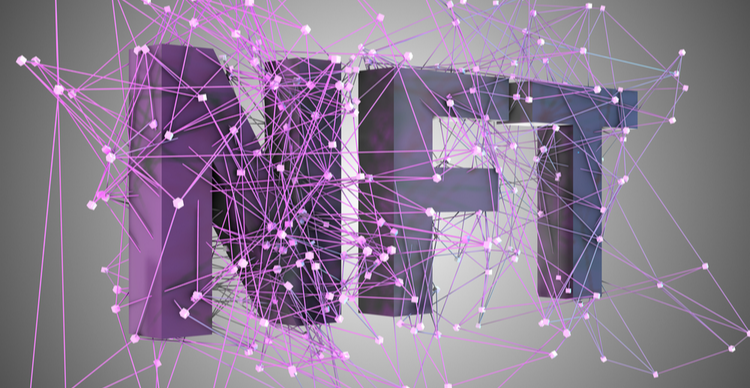 Total sales over Q3 represent an increase of 704%, with most sales in August and September

Sales within the non-fungible token (NFT) market soared to highs of $10.7 billion during the last quarter, data from DappRadar has shown.

A report published by the NFT tracking site indicates that Q3 of 2021 saw a 704% increase in NFT sales, dwarfing volumes seen during the previous two quarters.

Data shows that sales reached over $10.7 billion last quarter, up from $1.3 billion in the second quarter. Compared to Q1, the NFT market saw an increase of over $9 billion, with Q1 recording figures just above $1.2 billion.

According to DappRadar, Ethereum-based offerings had the highest volume with 78%, while Ronin accounted for about 20% of the volume.

On-chain and off-chain data from DappRadar shows the total volume for 2021 stands at $13.2 billion as of October. Most of the NFT volume was registered in August and September as interest in cryptocurrencies surged once more.

Overall, growth year-over-year stands at an incredible 38,060%, DappRadar said in the report.

The jump in sales saw OpenSea register a mammoth $3.4 billion in August sales, representing nearly a third of the volume seen across the NFT marketplace. In total, OpenSea leads with $7.96 billion in sales this year, with Axie Infinity seeing the second-highest volume at $2.35 billion as of writing. CryptoPunks has the third-highest volume at $1.43 billion.

Axie Infinity saw the most growth among the ‘play-to-earn’ NFTs, with $776 million earned in Q3, DappRadar data showed.

Data from NonFungible.com shows that most sales in the last quarter were valued in the $101 to $1,000 range, accounting for close to 63% of total quarterly volumes.

Looking to Work for a New DAO? There’s a Discord Bot for That

What is an Ethereum Virtual Machine (EVM) and how does it work?

How bad is the current state of crypto? On-chain analyst explains