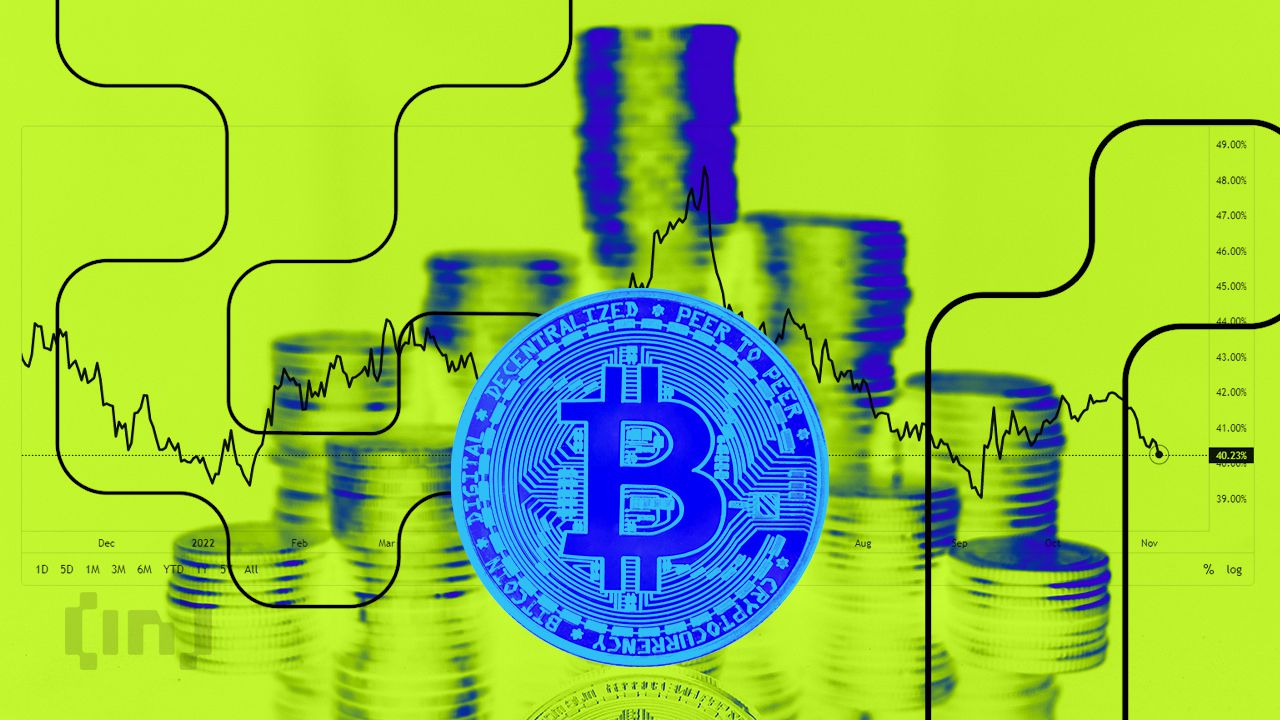 Cryptocurrencies are becoming increasingly dependent on the macroeconomic environment of which they inevitably become a part. Unfortunately, current inflation rates in the United States, Europe, and many other countries around the world make this environment hardly encouraging for investment. However, the specter of recession, rising consumer prices, and loss of purchasing power by fiat are causing investors to seek an escape from inflation.

For years, there has been a strong narrative describing Bitcoin (BTC) as one of the best hedges against inflation. The parabolic rise of cryptocurrencies combined with the increasingly weakening purchasing power of fiat currencies only added fuel to this interpretation. However, the argument strength of advocates of the oldest and largest cryptocurrency has weakened in the trajectory of the year-long bear market.

Can the thesis that Bitcoin is an inflation hedge still be defended in 2022? Does the correlation with traditional and technology markets make us treat BTC as another risk-on asset? Or should we return to the narrative from the previous bull market that Bitcoin is digital gold and the safe haven of blockchain technology?

Bitcoin is a hedge against inflation – why such a promise?

Why should Bitcoin be considered a hedge against inflation at all? There are at least two groups of arguments used to justify this thesis.

The first concerns the fundamental properties of Bitcoin. Unlike fiat currencies, BTC has a very transparent monetary policy that is not dependent on any individual entity, commission, or central bank. Bitcoin cannot be “printed” as its total supply has been cryptographically fixed at 21 million BTC.

Subsequently, Bitcoin’s inflation rate – yes, BTC is not deflationary, as some people believe – remains at a stable, low level. It currently stands at around 1.8% per year. These levels are predetermined and cannot be changed. Moreover, Bitcoin’s inflation rate decreases every 4 years or so with successive halvings. Each such event, of which there have been 3 so far in Bitcoin’s 13-year history, halves the inflation level.

No institution, individual miner, or BTC whale not only has the power to change this but also has no interest in a potential modification. Bitcoin’s monetary policy is doubly protected: by cryptographic (blockchain) and energy (Proof-of-Work protocol) security.

The second group of arguments for the thesis that Bitcoin is a hedge against inflation concerns its long-term results as a trading object. There are precise calculations saying that no one who bought BTC at any time and held it for exactly 3 years, 4 months, and 4 days is at loss.

Even a glance at BTC trading history makes it easy to determine that the long-term trend is simply upward. Despite brutal bear markets that brought the price of BTC down 86% in 2014, 84% in 2018, and 75% in 2022, Bitcoin has the nature of a Phoenix reborn from the ashes. Except that it is always reborn stronger, and the level of increases in successive bull markets is best expressed on a logarithmic scale.

Despite the above arguments and the well-known history of BTC trading, the inflation hedge hypothesis is again being questioned today. The reason is the brutal bear market that has been going on since the end of 2021 and throughout 2022. It has pushed the BTC price 75% below the all-time high (ATH). Bitcoin has fallen from the 69,000 level reached in November 2021 to the current low of $17,600 in June 2022.

It’s hardly surprising, then, that some investors – who bought cryptocurrencies at the high end of last year’s bull market – would have happily opted for inflation in their fiat money. This currently stands at 8.2% in the United States and 10.7% in Europe. Even such high numbers are more favorable than a 74% drop:

Some Twitter users poke fun at the inflation hedge narrative by juxtaposing Bitcoin with various assets and commodities. For example, @MacroAIf____ compared BTC to avocados, claiming that “avocados are still a better inflation hedge than Bitcoin.”

So why – despite all its fundamental and technical advantages – is Bitcoin losing out to avocados over the past several months? One reason is the strong positive correlation of cryptocurrencies with traditional markets, especially technology indexes. Bitcoin supporters are not at all happy about this, as in the past there have been attempts to view BTC as an asset uncorrelated with the SPX or NASDAQ.

However, 2022 has brought quite a few changes. Over the past year, a very strong positive correlation with the bleeding stock market has formed. Such a strong long-term combination of cryptocurrency and traditional stock markets has not been recorded before.

In the chart below, we see the daily correlation coefficient between Bitcoin versus the NASDAQ (blue) and SPX (blue). It has been almost exclusively positive and very high since the beginning of 2022 (yellow area). The correlation with the NASDAQ index of tech companies has remained at 80-90% for most of the year, and with the SPX index at around 70-80%.

Moreover, the correlation with the traditional market is particularly evident during periods of macroeconomic data releases. These include especially new data on the level of inflation, unemployment, or Fed conferences on interest rate hikes.

This was recently pointed out by user @VetleLunde, who tweeted data from October 2022 about Bitcoin’s correlation with NASDAQ, SPX, gold, and DXY. Based on them, he concluded that the markets are more correlated during US trading hours and the publication of inflation data (October 13). Thus, we see that U.S. investors are currently looking at Bitcoin more as another risk-on asset than as a hedge against inflation.

Negative correlation with the dollar

A consequence of viewing Bitcoin in a similar manner to tech stocks is the negative correlation with the U.S. dollar index (DXY). Indeed, if one compares the long-term charts of BTC and DXY, the inverse relation is obvious.

All Bitcoin bull markets (green at the top) correlate with declines in the dollar index (red at the bottom). Conversely, BTC bear markets coincide with DXY increases. In addition, the strong inverse relationship is confirmed by the correlation coefficient at the bottom of the chart. During all periods with strong trends, the correlation was almost exclusively negative (gray areas).

Conclusion: Inflation is a hedge against BTC

Many on-chain indicators show that the fundamentals of the Bitcoin network are as strong as ever. Moreover, the global adoption of cryptocurrencies is proceeding rapidly, with institutional investors becoming dominant actors, driving the price of BTC.

However, the entry of blockchain technology into the mainstream comes at a price. It is the acceptance that Bitcoin is becoming a part of global finance, and the influencing factors may be different than Satoshi Nakamoto initially envisioned. Therefore, a strong correlation with traditional markets or the perception of BTC as a high-risk asset is not something undesirable.

This is another stage of cryptocurrencies entering maturity. Over time, the level of volatility so characteristic for cryptocurrencies and tempting for traders will weaken. The bottoms won’t be so low, and the peaks won’t necessarily be reached in the parabolic euphoria of retailers.

Another impressive feature of Bitcoin is its adaptability and ability to fit into different, often mutually exclusive narratives. Bitcoin is not “just” a hedge against inflation, “just” digital gold, or “just” another risk-on asset. Bitcoin has ignited a new, previously unknown class of digital assets, the Cambrian explosion which we are currently experiencing.

The goal of this rapid digital evolution of money is to improve the flawed mechanisms based on fiat currencies’ “thin air”. And even if it sometimes feels like “inflation is a hedge against Bitcoin,” we must not see forest for the trees. And Bitcoin’s forest is just now emerging.