Building Social Impact and Community Into NFTs with DoinGud 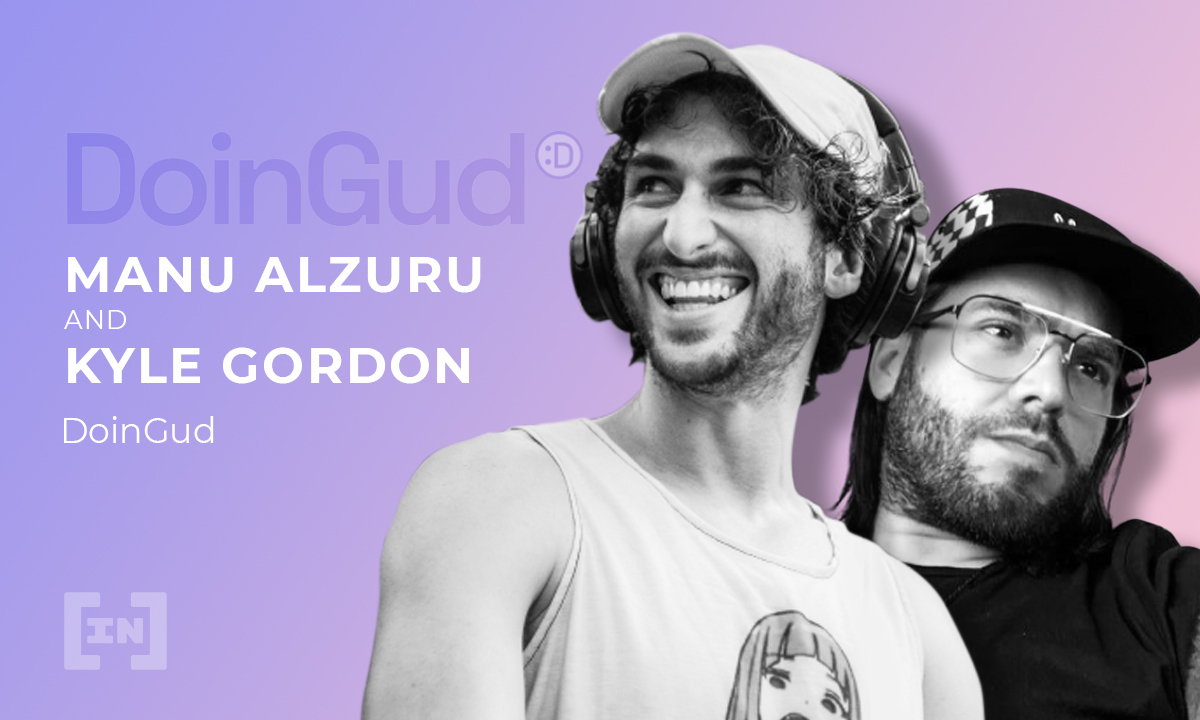 BeinCrypto spoke to Manu Alzuru and Kyle Gordon from DoinGud. The ecosystem aims to bring a positive social impact to the booming non-fungible tokens (NFTs).

NFTs have dominated much of the crypto world for 2021. The tokenization of art has seen a boom in the ERC-720 token standard.

Alongside the marketplaces which have sprung up, communities have formed. NFT artists, collectors, and investors have all formed vibrant, active hubs across social media platforms.

These have even become incorporated into the NFT sales, with some linking collectors to exclusive Discord channels where they can interact with the artist.

It is within these social groupings that Alzuru saw an opportunity. During the pandemic, he saw considered how to leverage social media for good.

The idea came to him after he moved to Barcelona during the height of the pandemic. He contracted the coronavirus himself and felt left without support or a community.

This led him to build his first platform, Fight Pandemics, which leveraged connection for social good. When NFTs started to surge, he began considering how to pivot and develop on their rise, founding DoinGud.

“I started seeing what was happening with the NFT space. So I thought, okay, why don’t we bring the giving economy and the creator economy together in another way. So we decided to enable creators to tokenize their assets and to stream money to social causes that they care about, and that’s how DoinGud came about,” he says.

Gordon joined DoinGud while working as an artist and creator in the NFT space. After connecting, he came on first as a curator and then co-founder.

For the pair, DoinGud is aiming to be more than just an NFT marketplace or a social media platform. It combines the qualities of all these spaces, along with a new-age telethon drive.

“DoinGud is a social media platform and a marketplace where creators can tokenize their assets and select social causes that they want to support. It’s a place for curators to come in and create their collections and their curations so they can have a gallery. So it’s a multi-gallery ecosystem. So if you think about it, it’s kind of like a subprotocol for the curation of the NFT content, but also is a protocol for doing good for humanity because every time there’s a transaction, there’s some money that is going to a social cause,” explains Alzuru.

A focus on altruism in the NFT space has been growing for some time. Platforms like Nifty Gateway have collaborated with environmental organizations for specific charity drops.

Flexibility as a key feature

However, the team isn’t just focusing on making yet another NFT marketplace, in line with the rest of them. They also want to improve o the current NFT marketplace set-up.

“I think the big takeaways is, with everything that we’re building, we’re really focused on building a flexible tech stack. For a lot of creators in the space, there’s a lot of elephants in the room with regards to the technology, especially because there are so many people claiming to know all the answers,” explains Gordon.

“There’s no way that they can know the answers because all this technology is so new. So we don’t know what’s going to be around in five years. We don’t know who’s going to be the dominant blockchain. The big thing for me, at least for my artwork, was, where can I make my artwork that provides the most security and flexibility for collectors,” he says.

“That would be why we’re building on Polygon, it’s flexible, we can choose which chain we want to migrate to if we need to, it’s interoperable and, at least from my perspective, I’m betting on an interoperable future with many blockchains in a single ecosystem,” says Gordon.

Building to a DAO

Alzuru and Gordon both place emphasis on true ownership and participation for DoinGud. As a result, they plan to lead their project to a DAO.

While not a plan for the immediate future, the team wants to build a DAO for true decentralized participation.

“The creator, the collector, also the curator, they’ll be rewarded with tokens of the DAO and basically they become owners of the marketplace or the platform that they’re using,” says Alzuru.

While still in its early stage, the project is not reaching this far. However, they are offering more control to creators over how their NFT projects form. This is largely through the revenue sharing and collaborative team approach.

“Being able to split revenues with all the different collaborators. So it could be 5,100 collaborators, and you can decide what percentage each person will get. This is going to be completely automated. So whenever the asset gets bought immediately, everyone receives a piece of the pie,” Alzuru explains.

Attempting to enhance accessibility of NFTs

For Gordon, these additions to how the marketplace operates speak to the level of accessibility they’re trying to build with their project.

At the moment, he sees all the different NFT solutions as excelling at one specific area without one which can do it all.

“For the first couple months we’re live, we’re going to function like a typical marketplace where we decided the drops, we host the curation and all that kind of stuff. But the big picture is we want to invite anyone to have access to all of the tools we have, to drops, the galleries, to curation, to benefiting from the space rather than being community-oriented and community-centric,” he says.

For Gordon, the moniker of “community-centric” is something many hide behind. It looks positive without actually providing much.

“That doesn’t mean community curated and owned. That’s just like a fancy word for like we’re gatekeepers, but we care about the community. So we want to just level the playing field because there are so many people who need access to these tools. It’s not even a question of whether they’re talented or not. It’s just they can’t access them,” he explains.

As a team working on building NFTs, Alzuru, and Gordon both see the tokens as the basis for this future world. This means expansion beyond the current NFT art hype.

“Most people see them as a JPEG, well they’re way more than that, they could actually be an access entrance for all the different experiences. So the cool thing about NFTs is that they are the LEGO blocks of digital content, or for content in general. You can build on top of them,” says Alzuru.

As for these building blocks, Gordon sees the shift in NFTs function and form already.

“I think in the future, as NFTs evolve, we’re going to see a lot more creative uses of utility. Whether it’s NFTs as gated content portals, accessing different things on the internet with that, like accessing real-world experiences like ticketing, all that kind of stuff. I think NFTs are going to be this access pass to a lot of experiences,” says Gordon.

Overall, both Alzuru and Gordon are optimistic. They see the potential NFTs bring and are betting on people’s interest and drive to push this new world forward.

“It’s actually difficult to say where the future is going to go, because I think it’s going everywhere. It’s going in so many different directions. What we want is to enable creators, because we’re going to be open source. We want to say creators come in and build on top of what we build,” says Alzuru.