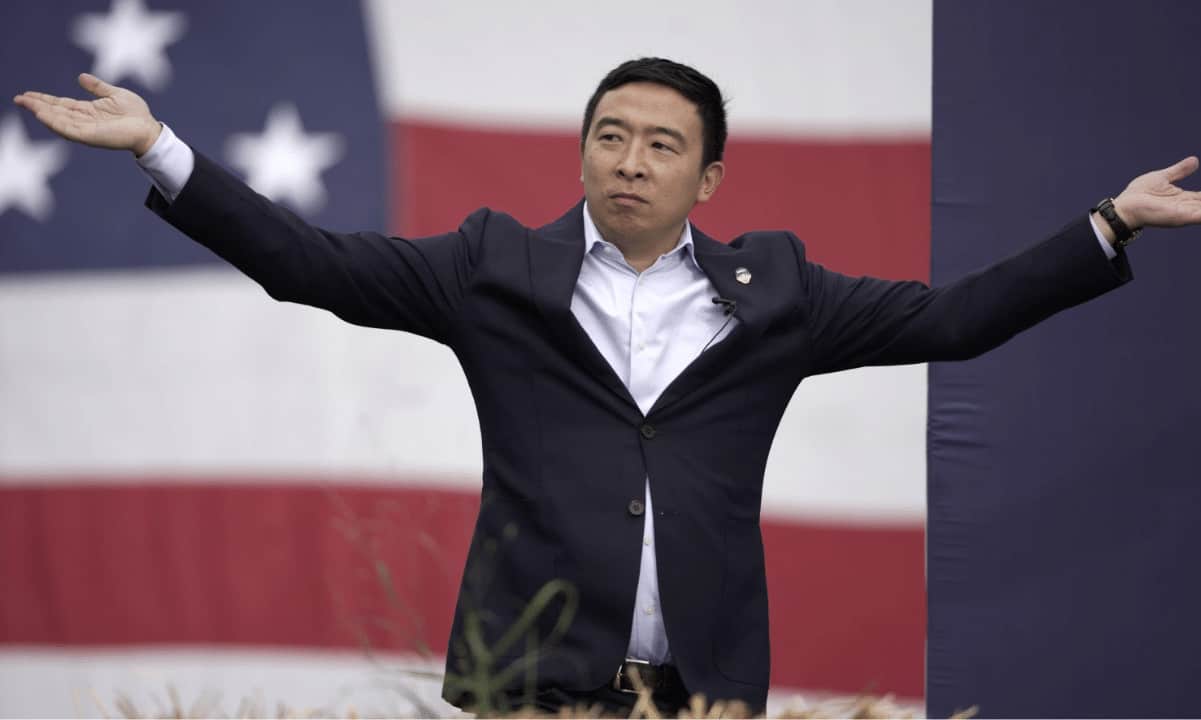 Yang unveiled his new party in a tweet from yesterday, where he clarifies what the party is all about in a video monologue.

Hours later, the popular entrepreneur and Bitcoin maximalist – Jeff Booth – responded to Yang’s announcement. He gave a short case for combating monetary manipulation, followed by a question on whether Yang would “advance Bitcoin and the free market” with his campaign.

Yang responded to Booth within minutes, claiming to be a fan of cryptocurrencies, as well as Booth’s work.

“Big proponent of Bitcoin and cryptocurrencies generally – and want to allow fiat prices to go down as they should as things get more efficient instead of assuming the inflation model. Learned a lot from you Jeff.”

He followed by up linking cryptocurrency back to one of his campaign promises.

“Who’s to say UBI has to be in fiat?” he asks. This suggests that he may be willing to make government transfers using cryptocurrency.

While the crypto community is generally enthusiastic about Yang’s words, some have urged him to remain solely focused on Bitcoin. Dennis Parker, another semi-popular Bitcoin maximalist, told Yang that other cryptocurrencies are “a big casino without fundamentals.”

Yang responded quickly, affirming that Bitcoin is “unique in its ability to provide a firm non-manipulable foundation.”

This demonstrates that Yang understands the cryptocurrency space fairly well at this point. He even talked about the industry during his campaign in the Democratic Primary in 2019.

He isn’t the only politician paying attention, either. Last month, Canadian party leader Maxime Bernier announced his support for Bitcoin a week ahead of the Federal elections. Like Yang, Bernier also recognizes how Bitcoin could be used as a store of value and weapon against inflation.

Play With the Real-world in Life-size Monopoly Game