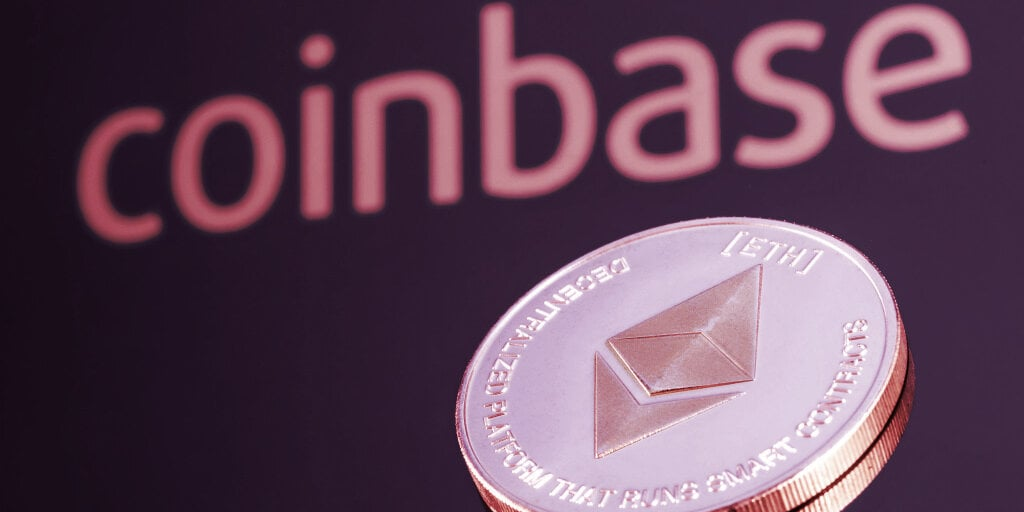 While crypto fans holding staked Ethereum eagerly await the network’s next update, crypto exchange Coinbase could also have a lot to look forward to, according to analysts at JP Morgan.

The next upgrade to Ethereum’s network, dubbed the Shanghai Fork, is slated for March and will let people access funds previously devoted to Ethereum’s Beacon Chain, which allows depositors to participate in validating transactions and earn rewards in the form of newly-created Ethereum.

Staking Ethereum could become a significant windfall for Coinbase if its users are automatically enrolled like they are with tokens such as Cardano and Solana, JP Morgan analysts wrote in a recent research report.

“Staking in Ethereum forced holders to lock up their Ether indefinitely, which we have viewed as a big dis-incentive to stake ETH historically,” it stated. “We think the Shanghai Fork could usher in a new era of staking for Coinbase.”

The investment bank estimates that 95% of retail investors on Coinbase could participate in staking Ethereum after the Shanghai Fork, which could yield the exchange between $225 million and $545 million in revenue per year.

Currently, Coinbase users are required to opt-in to staking their Ethereum because there’s no way for them to access the deposits or ETH with which they’ve been rewarded–something the Shanghai Fork will address. JP Morgan estimates that the exchange already earns around $50 million annually through Ethereum staking.

The additional revenue could bring Coinbase some warmth amid the present crypto winter. The exchange announced its Japan operations would soon come to a close last Wednesday. The exchange has also cut its headcount twice in the past year, letting go of around 1,100 employees in June of last year and laying off approximately 950 employees earlier this month.

Coinbase’s stock price has plummeted alongside a steep decline in the price of digital assets, falling over 70% to $55.16 per share from $191.48 a year ago. However, a recent rally in crypto prices has lifted shares of Coinbase by 64% since the beginning of January.

Staking has become an area of growth for Coinbase. Around 11% of the exchange’s revenue in its third fiscal quarter of last year came from staking, compared to 6.2% during the same period a year prior. Aside from Ethereum, Coinbase offers staking for Cardano, Solana, Cosmos, Algorand, and Tezos.

JP Morgan analysts noted the potential upside of the Shanghai Fork for Coinbase is partially based on the exchange’s “unusually large” exposure to Ethereum, which comprises around 25% of the assets on the exchange’s platform.

The investment bank warned that its thesis of Coinbase Ethereum holders being automatically enrolled in the coin’s staking program has not yet been verified by Coinbase management but that its assessment is based on previous moves made by the company. Coinbase did not immediately reply to requests for comment.

And while users of the exchange could disable their Ethereum from being staked if the feature is introduced, JP Morgan analysts said it would be an unlikely decision among investors. “While investors could opt out of the program, we see few wanting to forego the potential investment income generated from staking,” it stated.

As of this writing, $26 billion worth of ETH has been pledged to the network through its staking program since the Beacon Chain launched in December 2020.

Ethereum’s Shanghai upgrade follows the network’s successful transition to a proof-of-stake system in September of last year. A Crypto Carbon Ratings Institute report found the network’s energy use and carbon footprint fell over 99.99%.

DeFi should complement TradFi, not attack it: Finance Redefined