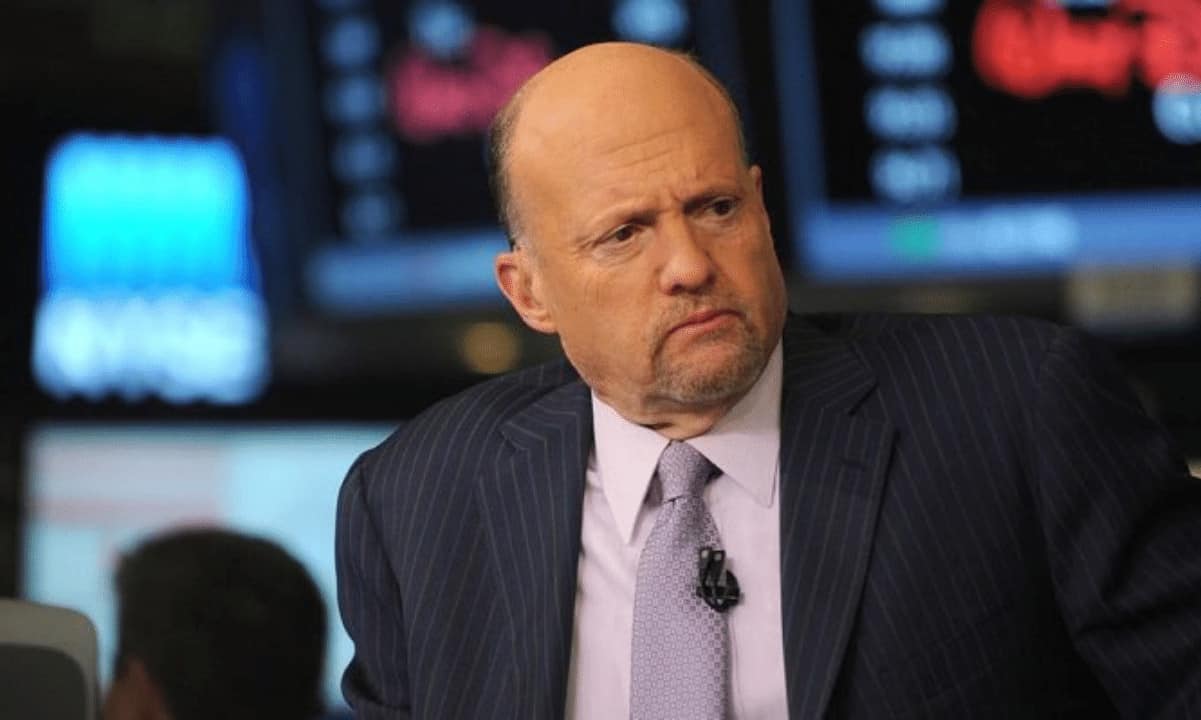 CNBC’s Jim Cramer opined that the Evergrande debt crisis in China could keep causing severe disruption in financial fields, including the cryptocurrency market. He also advised people sitting on unrealized gains from their investments to take “something off the table” before losing it.

‘Don’t Let It Become a Loss’

The American TV personality Jim Cramer shared his stance on the recent crypto decline and the ongoing crisis with one of China’s leading real estate companies – Evergrande. He believes the firm’s issues are likely to keep harming the digital asset market in the near future. Consequently, he urged fellow crypto investors (like himself) to take some profits while it is time:

“If you own crypto in any form and you’ve got big gains, I recommend taking something off the table. I know the crypto-lovers never want to hear me say sell, but if you’ve got a big gain as I did, well, I’m begging you: Don’t let it become a loss.”

According to Cramer, another reason why cryptocurrencies are a risky investment instrument at the moment is their relation to Tether. His concerns are that many investors purchase Bitcoin and Ether via the most widely-utilized stablecoin, which has exposure to Chinese commercial paper. Being a multibillion-dollar company, Tether’s collapse could have a vicious impact on the entire digital asset market.

“If Tether collapsed, well, then it’s going to gut the whole crypto ecosystem.”

It’s worth noting, though, that Tether recently denied assumptions that it holds any commercial paper or securities related to Evergrande.

It is worth noting that Cramer’s cryptocurrency actions have been highly inconsistent, as time has shown. Back in 2018, when bitcoin dipped beneath $4,000, he criticized the asset calling it an “outlaw currency.” However, when BTC reached an all-time high of nearly $65,000 three years later, the American said he had invested in the asset and vowed to receive his salary in it.

CNBC also doesn’t have the best record at providing cryptocurrency predictions. At the end of 2020, Brian Kelly – another TV personality of the media – warned that bitcoin’s price could experience a short-term correction by dropping to $12,000. Instead, its USD value continued its rally as BTC traded at nearly $30,000 by the year’s end.

Another example is CNBC’s report about Ripple in 2018. The media advised investors to get involved with XRP, praising it as “one of the hottest new cryptocurrencies, and it only costs a bit over $2 per coin.” What followed, however, was a quick and painful slump. A month later, XRP dropped by 82% to $0,57, and in August, it went further down to $0,23.

Following Bitcoin’s Drop, Addresses in Profit Slumped From 82% to 70%